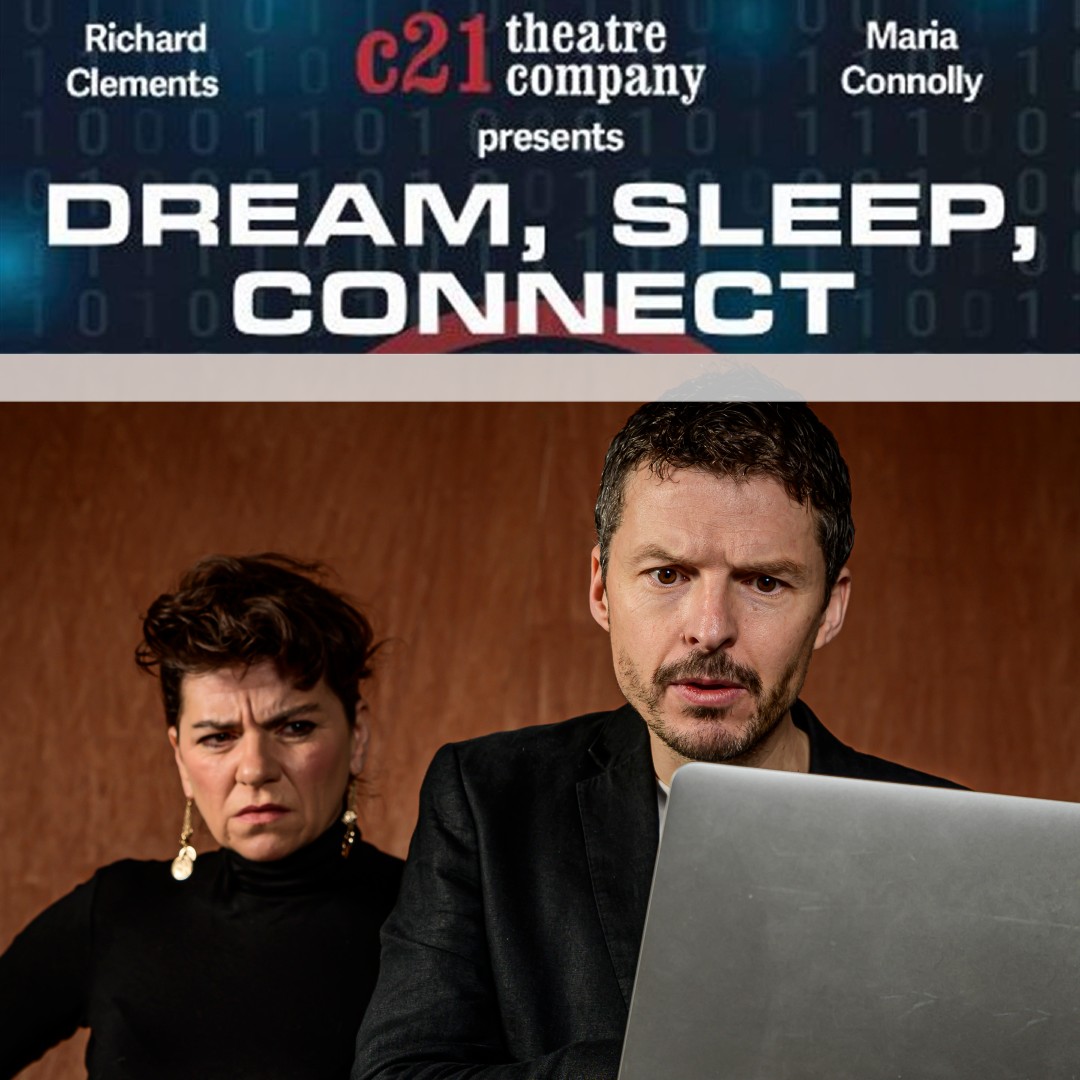 On the 28th of February, ISLAND Arts Centre will be hosting c21 Theatre’s new comedy Dream, Sleep, Connect. Talking to company director Stephen Kelly about the upcoming play to find out how this new project developed and an inside scoop on what makes the company tick.

Their new production, Dream, Sleep, Connect, originated as a conversation between Kelly and stage writer, Rosemary Jenkinson. A satirical take on our technology driven lives, scrutinising appoholics and swipe righters alike, the story follows Chris, who is tasked with finding a technological solution to the Irish border whilst struggling with the mundane obligation of finding a date for the office party. The pair became interested in how technology has changed our social interactions, replacing actual physical contact with face time
instead. Jenkinson’s script pays close attention to the everyday experiences of online dating and digital friendships. It points and laughs at the disconnections created by living invisible online lives through apps that are designed to make us socially mobile, expressed through the extraordinary talents of their leadings actors Maria and Richard.

So far the play has received a positive reception from audiences whom relate to the content of the show and continues to tour to Armagh, Downpatrick, Cushendall, Omagh and Newry, and will be coming to the ISLAND Arts Centre on the 28th of February.

With reference to the millennium and beginning of the 21st century, the name c21 for the company was founded. Kelly and his colleague Peter Quigley hit the ground by performing monologues that toured the local club and bar scenes throughout the country. Their initial success pushed them forward to establish c21 officially and deliver their mission statement of producing new writing for Northern Irish audiences.

C21 are prolific in developing partnerships with local and rural communities, for three years they toured Northern Ireland working with young people on a Shakespeare project as well as collaborating with Queens University Belfast on their Stop and Search campaign. They also run week long summer camps where participants have the opportunity to
work as a team in executing a unique theatre production.

The team have just arrived back from Belgium where they represented Northern Ireland on the Brussels Platform for artists with their previous show “May the Road Rise Up” which also toured Australia in 2019. They have another exciting year ahead so watch this space!