Please see the news page for our full Coronavirus / COVID-19 Update. Following advice ISLAND Arts Centre is temporarily pausing venue-based activities until further notice - we will continue to monitor the evolving situation to determine when we will re-open. We will update this message, via the News page of our website, and our social media channels.  Read more 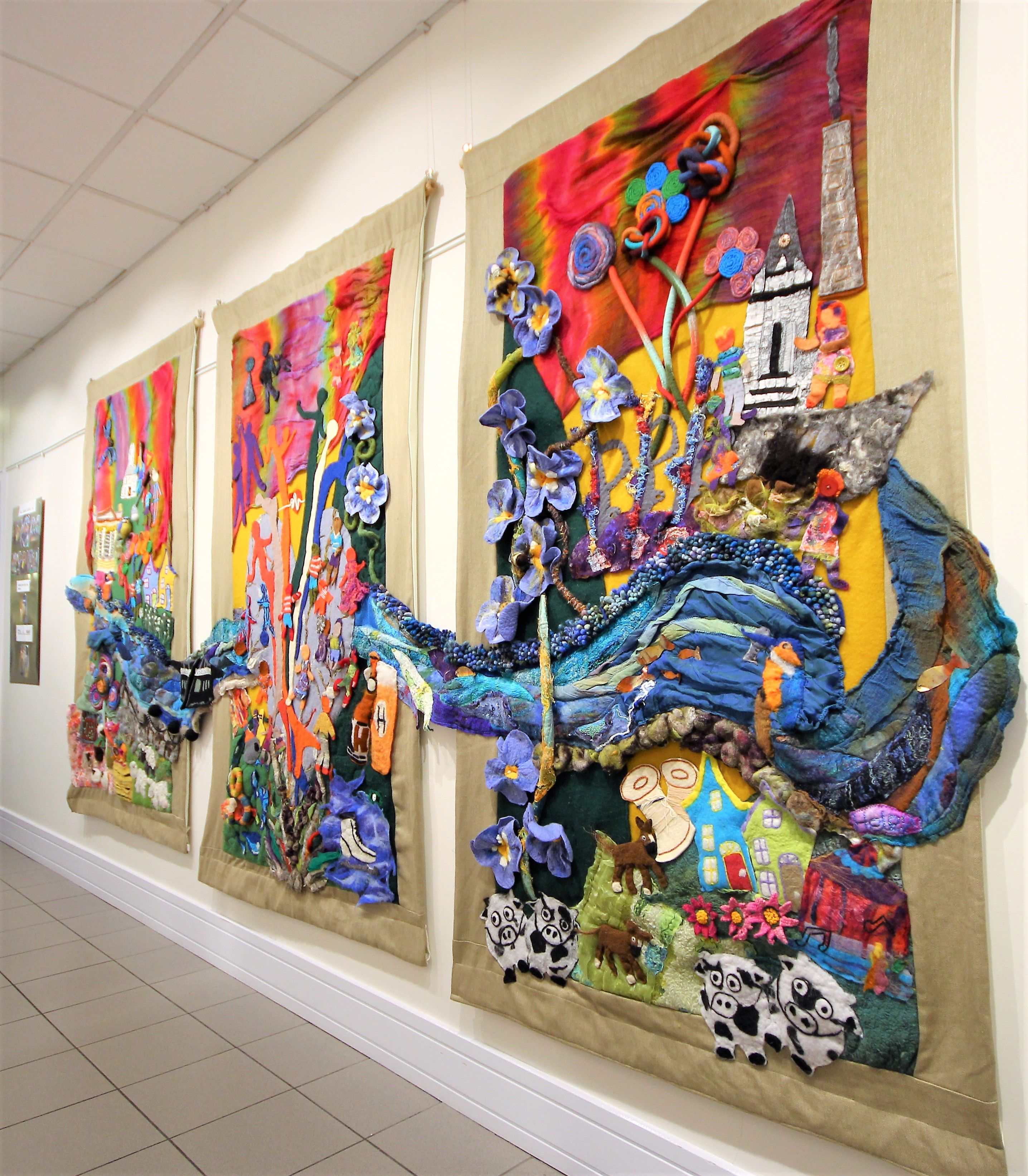 Looking Back on Felt Fest!

​2019 marked the 10th year of Feltmaker’s North, a group formed to offer support and additional guidance to all enthusiastic felters living in Northern Ireland. It has now expanded to over 40 participants from beginners to the highly skilled, including founding members Gail Cooke, Fiona Harvey and Liz Nicholls. ISLAND Arts Centre continues to show support to the group through hosting exhibitions of their work and awarding them funding through the LCCC Arts Grant Scheme.

Throughout October and November 2019, ISLAND Arts Centre helped celebrate their decade of achievements by facilitating the production of new work through our Community Arts and Arts Education outreach programmes. There was an opportunity for locals and school groups to get involved with members of Feltmakers North by signing up and attending a series of workshops throughout the autumn. The groups worked with the objective of creating a unique heirloom based on what it means to #BePartOfHere. Deirdre Gallagher directed two day workshops and held a final preparation day, resulting in an incredible triptych felt tapestry. Grainne Kielty produced an assortment of work from her workshops with the pupils and teachers in two local LCCC area schools over an 8 week period.

The vast body of work was then exhibited in our Community Arts Walkway for the months of December and January and will soon be on its way touring the schools and community centres for display. You still have a chance to see it here at ISLAND in our community arts walkway before it leaves us on the 29th of February.

We hope the project inspired a whole new generation of felters and we are proud to have had the opportunity to support Feltmakers North and their important ongoing work.